Directors & Officers Liability coverage is designed to protect those persons, and their marital assets, who decisions and actions impact the operation and direction of the entity on which they are serving, and whose impact affects a number of constituencies including employees, shareholders, customers, suppliers, competitors, regulators and communities in which they operate.

A D&O policy can appear to be limited in its scope due to a number of listed exclusions, however, it is actually the reverse. A D&O policy will contain a number of standard exclusions which are typically, and best served by, other insurance policies that address those items (perils) directly such as workers compensation, general liability, fidelity, etc. It will also exclude some items that are intentional and self-serving such as insider trading which violate the duty of loyalty owed to the entity by its directors and officers.

Some recent claims examples of D&O claims are:

CEO approved loans to himself without board authorization.

Directors “failure to supervise” in a situation where an employee fraudulently misappropriated company funds.

A director/creditor of the entity, is sued in his capacity as director by other creditors who allege conflict of interest.

Failure of the D&O’s to take the company public.

Minority shareholders allege being squeezed out due to a CEO’s decision to implement a reverse stock split.

Failure to adopt appropriate safety and operations procedures causing a primary facility to be shut down by regulators.

Competitor sues the board alleging “tortious interference” with the company hiring the competitors former employee who violated their valid non competition and confidentiality agreement. 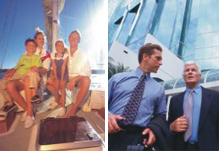